One of my favorite junk foods, Cheez-Its, turns 100 this year. Can you believe these crackers were originally invented as a kind of shelf-stable Welsh rarebit? In buzzier news: cicadas are back this summer and may be coming to a menu near you. Chefs in the eastern US have gone crazy for cicadas, serving them in everything from tacos to sushi. They're local, sustainable, and nutritious. But delicious? Possibly. Plant-based? Definitely not. And that means Chef Daniel Humm won't be serving them at New York City's Eleven Madison Park when the three-Michelin star hotspot reopens this month as a vegan restaurant. Humm has pivoted from foie gras torchon to clay roasted beets. The popular recipe website Epicurious has also announced that it will stop publishing beef recipes in the name of environmental sustainability. "Does anyone really need another beef recipe?" ask the editors. Put that question to this year's Barbecue Hall of Fame inductees and the answer is probably a resounding yes! Maybe Epicurious and chef Humm are more interested in hot trends like mushrooms. We're living in the Golden Age of Shrooms, where everything from mushroom jerky, mushroom bacon and mushroom beer to medicinal mushroom coffee and therapeutic psychedelic shrooms are driving the functional mushroom market to an estimated $70 billion. Yowza. Even their fungi cousins, truffles, have been in the limelight lately. French scientists have found a way to cultivate rare white truffles, which had previously grown wild only in a few coveted regions of Europe. Get ready for white truffle tagliolini to go global. Meanwhile, on the other end of the food spectrum, canned SPAM has sparked the interest of artisanal butchers. Can the much maligned marvel of canned pork be improved through reverse engineering? Watch this video to find out.

Brood X cicadas are reemerging after 17 years in the ground in the eastern United States. Many chefs are seizing upon the rare opportunity to put this sustainable animal protein to use. James Beard award winning chef Bun Lai serves them smoked in the shell like bacon bits on salads and steamed until soft then rolled into sushi. Others bread and fry the "shrimp of the soil" or roast and season them as crunchy snacks. Pro tip: Remove the wings before serving. Treat the shell like other animal skin: It's delicious crisped but could be removed to showcase the tender meat. Cicada tacos, anyone?

Wild Animal Consumption Is Down 30% Due To COVID, Report Says

The venerated fine-dining restaurant long known for its technically perfect suckling pig, lavender glazed duck, and foie gras torchon will reopen this month with no animal products on the menu. Instead, James Beard Award-winning chef Daniel Humm will feature complex dishes such as clay roasted beets with roasted lettuce sauce that takes 16 hours to make, and amaranth seed and sweet peas served with fermented almond cream and pea-miso purée. Well-heeled vegans are ecstatic! The 12-course tasting menu remains $335 per person due to increased labor costs. Note that a portion of proceeds from each meal also provides five food truck meals to food-insecure New Yorkers through Humm's nonprofit organization Rethink Food.

A relatively unknown whisky from an obscure distillery in Campbeltown, Scotland was crowned "Best In Show" at this year's San Francisco World Spirits Competition, known as "the Oscars of Booze." Glen Scotia beat out more than 3,800 spirits entries, 269 of which were Scotch. The small distillery's 25-year-old single malt was matured exclusively in ex-bourbon oak barrels, giving it the usual vanilla and caramel notes along with aromas of fresh apple, apricot, dried orange zest, cinnamon, clove, ginger and a bit of smoke. That $500 price tag is too steep, you say? Give Glen Scotia's 15-year-old whisky a sip instead. It's less smooth but has a similar albeit more savory flavor profile in a reasonable $75 bottle.

Want To Taste The World's Oldest Whiskey? Circa 1760 Bottle Will Be Auctioned Off This Month 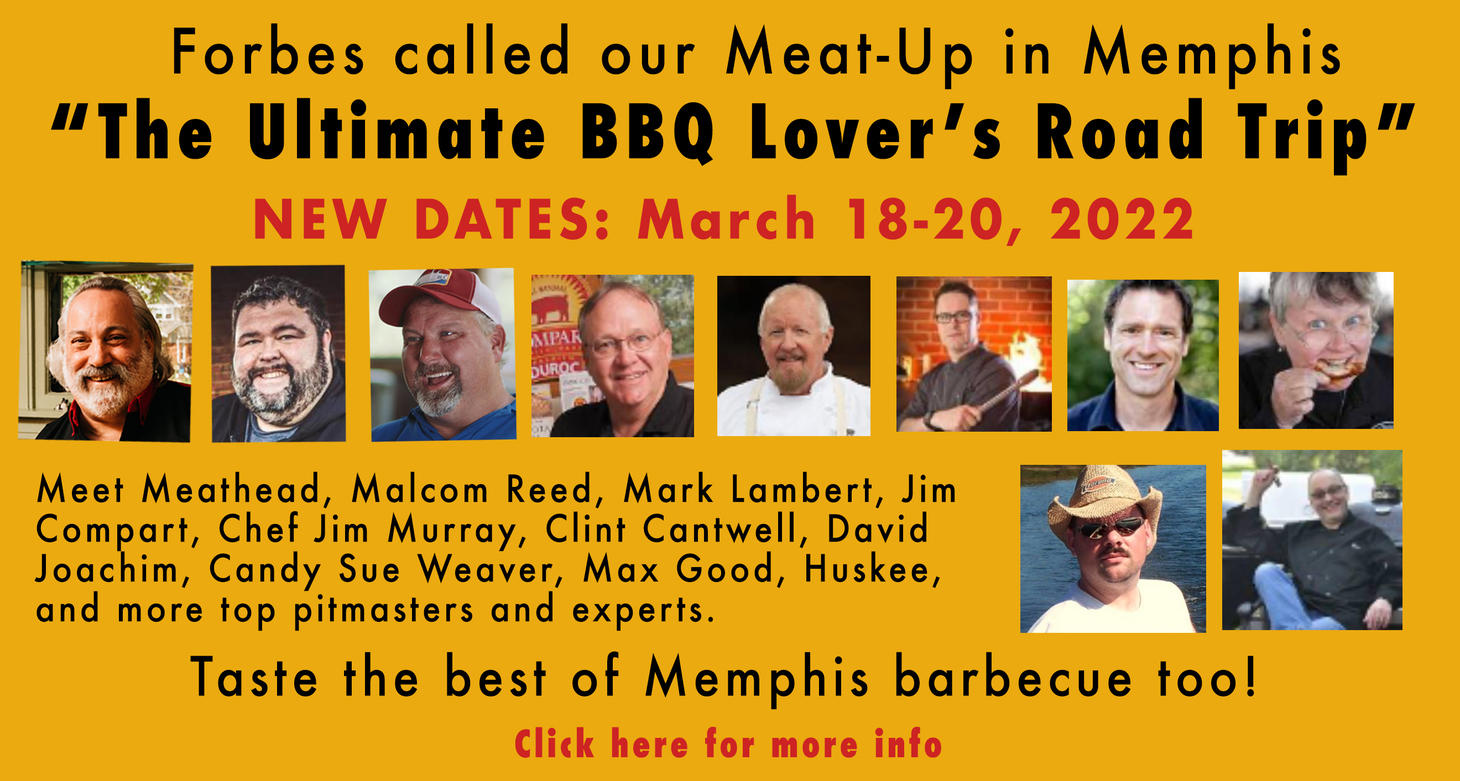 USDA To Erase $4 Billion In Debt Among Minority Farmers

For the past 100 years, Black and other minority farmers have lost farmland in legal disputes and been denied loans, government assistance, and full access to USDA programs. To make amends, the American Rescue Plan will pay off farm debt held by "socially disadvantaged" minority farmers totaling an estimated $4 billion. In protest, white farmers have sued the USDA claiming reverse discrimination, and banks have lobbied against the measure, arguing that early repayments will cut into their profits and hurt investors. Agriculture Secretary Tom Vilsack said the benefits to banks outweigh the risks, as banks will be paid principle plus interest and can loan the money out again. To put things in perspective, the payments in total represent less than 1% of all US farm sector debt.

Hydrofluorocarbons (HFCs) are common refrigerants used in air conditioners and refrigerators. But scientists say these greenhouse gases are thousands of times more potent than carbon dioxide, and supermarkets are releasing the lion's share of the planet-warming gases into the atmosphere. The nonprofit Environmental Investigation Agency (EIA) visited 45 food retailers around Washington DC in 2019, and found HFC refrigerant leaks in 60% of Walmart stores and 55% of all other stores. To achieve an 85% reduction in HFCs, the new Environmental Protection Agency rules phase out HFCs over the next 15 years. Many supermarket chains have already begun upgrading their dairy cases and freezer stalls to more sustainable refrigeration systems. Will the costs affect food prices? We shall see.

Slaughterhouses around the country have been participating in a pilot program allowing them to process up to 1,450 hogs per hour, a significant increase over the previous maximum line speed of 1,106 hogs. The National Pork Producers Council and North American Meat Institute have been lobbying to make the faster line speeds permanent, but the USDA recently rejected their requests due to worker safety concerns. The United Food and Commercial Workers Union International, which represents 33,000 workers, welcomed the decision as well as the USDA's commitment to strengthening worker safety protections. As processors revert to previous maximum line speeds as of June 30, consumer prices may be affected. If processors decide to supply less pork to the market, wholesale and retail prices for ham, pork chops and bacon may go up.

Get the full story: startribune.com

Get the full story: youtube.com

In a new study, researchers analyzed 5 years of federal contamination data from nearly 40,000 samples of chicken, pork, beef, and lamb. Results showed that organic meat is 50% less likely to contain multidrug-resistant bacteria as conventionally grown and produced meat. That may not be surprising given that organic producers are prohibited from using antibiotics. However, the report also revealed that among so-called "split facilities" that process both organic and conventional products, all meat was 30% less likely to be contaminated compared to meat from conventional-only facilities. The new data helps document how drug-resistant bacterial contamination occurs not only at the farm but also in the meat processing supply chain, enabling processors to improve their sanitation standards.

Producers of mezcal (artisanal tequila) traditionally determine its alcohol content by pouring a stream of liquor into a small bowl to make bubbles. They know the spirit is ready when the bubbles last for 30 seconds. If the bubbles burst immediately, the mezcal needs more distillation to reach a higher alcohol content. During five years of research, Brown University fluid physicist Roberto Zenit discovered the science behind this ancient empirical method. Zenit used high-speed video cameras to reveal how bubble surfactants and viscosity, key markers of bubble duration, both determine the spirit's alcohol by volume (ABV). Low viscosity and a surplus of surfactants reduce the surface tension on the bubbles, causing them to burst. But as the alcohol increases through distillation so does the viscosity, while the surfactants decrease, causing the bubbles to last longer. Zenit found that a bubble lifetime of 25 to 30 seconds corresponded to the ideal 40 to 55% ABV sought after by mezcal artisans.

Get the full story: atlasobscura.com

In the 1980s, Shakuntala Haraksingh Thilsted began studying how small fish improved the diets of malnourished people in Bangladesh. Thanks to Thilsted's groundbreaking work, aquaculture in Bangladesh has tripled since 2000 and is now the fifth largest in the world, supporting 18 million people. Thilsted's fish-based "pond polyculture" food systems have also helped feed millions of low-income families in other countries around the world. For this pioneering work, Thilsted was recently honored with the World Food Prize and a $250,000 grant to expand her work. Check out this video to see Thilsted explain how micronutrients in small fish can help improve the diets and incomes of the world’s most vulnerable people.

To reach more than 50,000 engaged readers across the food and cooking industry, place a Classified ad in an upcoming issue. Classifieds are inexpensive and easy to book with a few clicks.

Get the full story: digestthis.news