There's a new taste in town: kokumi. Japanese scientists have identified a taste receptor for kokumi, so you're likely to hear more about it as research continues. Kokumi is similar to umami but more about mouthfeel. It can be described as the mouth-coating fullness you get from foods like chicken soup and Gouda cheese. Kokumi is also what makes sautéed onions taste so good. To see what I'm talking about, try some sautéed wild ramps while they're still in season. Use these tips for foraging wild ramps in your region. And if you're sautéeing ramps in olive oil, choose your fat wisely. Extra light? Extra virgin? Pure? This article points you in the right direction for the best olive oil. If you're more likely to find ramps at a local restaurant, go ahead and book a reservation. But go easy on the place if they don't have ramps. Most independent restaurants are still struggling to survive the pandemic, and now they're facing a major labor shortage. Over the past year, nearly 2 million restaurant workers found jobs elsewhere, and many aren't coming back. Take it easy on your local brewery too. It's been a tough year for beer. Total craft beer production is down for the first time ever in the industry's history. Let's hope craft beer sales pick up as people start going out to brewpubs again. That's what's happening with hot dogs. Ballparks are reopening, and demand for ballpark franks is going up. But the overall pork supply is down, which means that pork prices are rising. If you're a fan of homemade pork BBQ, you might want to stock up on pork shoulder now before prices climb higher. And while you're shopping for grillables, pick up some cheese. Salty, firm halloumi cheese is one of the few varieties that grills up beautifully, and halloumi just been given the distinction of PDO status by European lawmakers. That means cheap imitations can't be labeled as "halloumi." Skip the "halloumi style" knockoffs, and get the good stuff from Cyprus. It's reasonably priced and worth every penny.

Virgin. Extra virgin. Extra light. Pure. There are now so many olive oil choices that most consumers are left scratching their heads. Does "extra light" mean fewer calories? Food journalist Katie Workman decodes the terms and explains what to look for. She also busts the myth that you can't cook with extra-virgin olive oil.

Seaweed Makes A ComeBack In Ireland

Tips For Finding And Cooking With Ramps

Restaurant Sales Are Returning, But Restaurant Workers...Not So Much

Get the full story: restaurantbusinessonline.com

Traveling On A Budget? Here Are The Cheapest Michelin Meals In The World

How Covid Changed The Role Of Restaurant Critics

Wendy’s Dethrones Burger King To Become The No. 2 Burger Chain

For more than 15 years, the Brewers Association has been tracking growth in the US craft beer industry. The Association's 2020 report reveals that only 23.1 million barrels of craft beer were produced last year, a 9% decline from the 2019 numbers, the industry's first decline ever. The good news? Despite the production downturn, 2020 ended with 8,764 craft breweries in operation, an all-time high. Now, they just need people to start buying craft beer again.

Get the full story: forbes.com 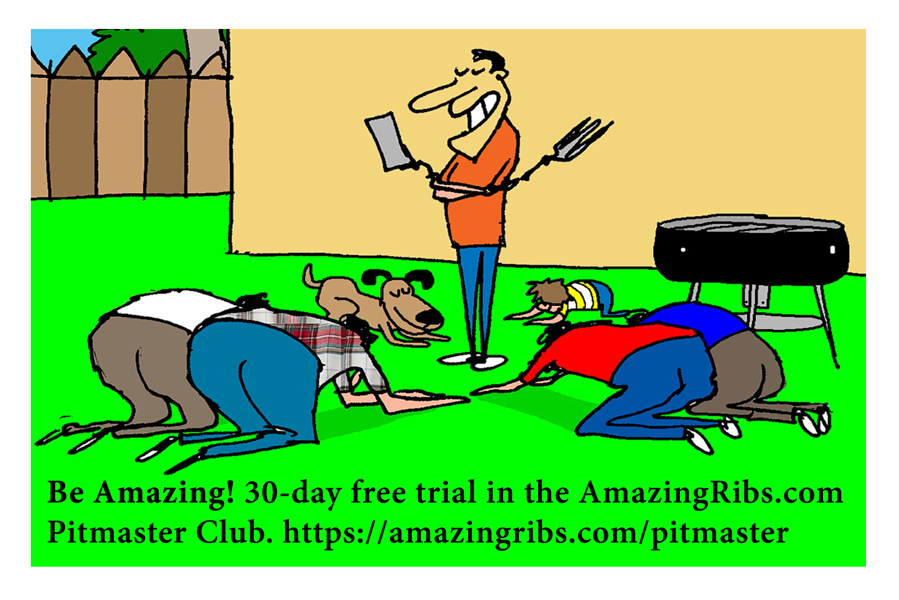 It's simple supply and demand. The US hog supply is down about 2% compared to this time last year. Meanwhile, now that restaurants are reopening and people are hosting barbecues again, demand for pork chops and hot dogs is going up. Bacon prices make a good barometer. In March 2020, the price per pound of bacon was $4.72, but now it's up to $5.11. If you want to save a few bucks on pork shoulder, it might be a good time to stock up before pork prices climb higher.

Get the full story: today.com

Boba Tea Hard To Come By Due To Cargo Ship Bottlenecks

A new study from Cornell University, Stanford University, and the University of Maryland added a novel factor to farm productivity measurements: weather patterns. Results showed that climate change has reduced agricultural productivity globally by 21% since 1961. In the US, changing weather patterns only account for about 10% of production losses, but it accounts for 30% of declines in warmer regions like Africa, Latin America, and the Caribbean. The study authors urge lawmakers to remember the butterfly effect: Small changes here can lead to big consequences there.

Get the full story: phys.org

US Corn Belt Has Lost A Third Of Its Topsoil, Study Says

The market for halloumi cheese has grown to $267 million, and cheap knockoffs have come along for the ride. But no more. The European Union has granted the salty, firm, grillable cheese Protected Designation of Origin (PDO) status. Cheese labeled "halloumi" must now be made in Cyprus and consist of at least 50% sheep and goat milks. Everything else is an imposter, and the Cyprus government is currently fighting 80 court cases against them.

Get the full story: natlawreview.com

Is Kokumi the Next Taste Sensation?

Umami is now recognized as the fifth basic taste, along with sweet, sour, salty, and bitter. Could kokumi be next? Described as a mouth-coating fullness, kokumi can be tasted in foods like Gouda cheese and soy sauce. Japanese scientists traced kokumi to the amino acid glutathione and have identified the taste receptor triggered by glutathione. More research is needed, but kokumi could help explain why foods like chicken soup have such a satisfying taste and near universal appeal.

Get the full story: wsj.com

Get the full story: newscientist.com

Branching out from restaurants, the World’s 50 Best organization is shining a light on other food pioneers. Its "50 Next" list celebrates game-changing food producers, educators, entrepreneurs, and activists around the world. The winners represent 29 countries, including archival chef Jennifer Rodriguez who cooks dishes that preserve rural Colombian cuisine and Filipino activist Louise Mabulo who helps cacao farmers thrive without resorting to deforestation. Check out the full list to discover today's vanguard of the food world.

Get the full story: forbes.com

To reach more than 50,000 engaged readers across the food and cooking industry, place a Classified ad in an upcoming issue. Classifieds are inexpensive and easy to book with a few clicks.

Get the full story: digestthis.news