2021 is off to a rollicking start. Earlier this month, presidential election protesters stormed the US capitol, while in India farmers overtook Delhi's iconic Red Fort to protest the government's sweeping agricultural reforms. And somehow, the beloved and seemingly unimpeachable American Girl Scout Cookies have been caught up in a child labor scandal related to the use of palm oil. Thin mints on thin ice! Plus, just last week more than 760,000 pounds of Hot Pockets were recalled due to potential contamination with glass. Yikes. It's enough to drive you to drink! So much for dry January. With all the stress, even the US government agrees that we should not be drinking any less. The USDA's latest Dietary Guidelines for Americans reject the advice of its scientific Advisory Committee to limit alcohol consumption to one drink per day. Up to two drinks a day for men (one for women) is just fine thankyouverymuch. Walmart may soon make it even easier to imbibe: The retail giant is testing a program to place a cooler at the door of your house, making grocery delivery just that much simpler. Oh, that enterprising Walton family! Finally, some good news for you BBQ insiders: James Beard Award winning pitmaster Rodney Scott has gone and spilled the beans on his #1 must-have BBQ ingredient. Is it salt? Smoke? MSG? Answer in the story below. If you think Rodney got it wrong, let me know YOUR top pick at [email protected] Here's to 2021 just getting better and better. —Dave Joachim

For nearly 40 years, Rodney Scott has been perfecting his method of roasting whole hogs. In 2018, he won the James Beard Award for Best Chef Southeast (only the second pitmaster ever to win) and in 2020, he was featured in the Emmy-nominated Netflix show Chef’s Table: BBQ. Scott cooked his first pig at age 11 with his father at Scott’s Variety Store & Bar-B-Q in Hemingway, South Carolina. Today, Rodney Scott's Whole Hog Barbecue has locations in Charleston, South Carolina and Birmingham, Alabama with another spot set to open this summer in Atlanta, Georgia. "The flavor of the wood is my thing," says Scott. Although, when asked about the one ingredient any great barbecue should include, Scott replied, "I would say cayenne. I’m a fan of the cayenne."

Get the full story: barrons.com

How A Jewish Pitmaster Makes Kosher Barbecue In Brooklyn

The World’s First Robot Chef Is Here: It Even Cleans Up After Itself But Starts At $335,000

The prestigious Michelin Guide has released its annual star ratings in France, in part to lift morale throughout the country's battered restaurant industry. This year, 45 restaurants lost their Michelin stars and 57 earned new ones. Among the winners, ONA (which stands for Origine Non Animale or Non-Animal Origin), a vegan restaurant in the southwestern village of Arès, near Bordeaux. With its shiny new Michelin star, ONA is the first animal-free establishment to appear in the Michelin Guide to France since the guide was first published way back in 1900.

US Restaurant Industry Ends 2020 With 2.5 Million Fewer Jobs Than Before The Pandemic

Alcohol consumption has risen during the pandemic but so have sales of nonalcoholic beverages. According to market research company IRI, nonalcoholic beer sales in the US were up 38% in 2020 with $188 million in sales. While that's less than 1% of total beer sales, it marks a significant shift and non-drinkers are welcoming a broader range of choices beyond O'Douls. Companies ranging from craft brewers like Big Drop and Athletic Brewing to heavy hitters like Heineken are finally putting out decent-tasting booze-free IPAs, coffee stouts, Oktoberfests, and more. 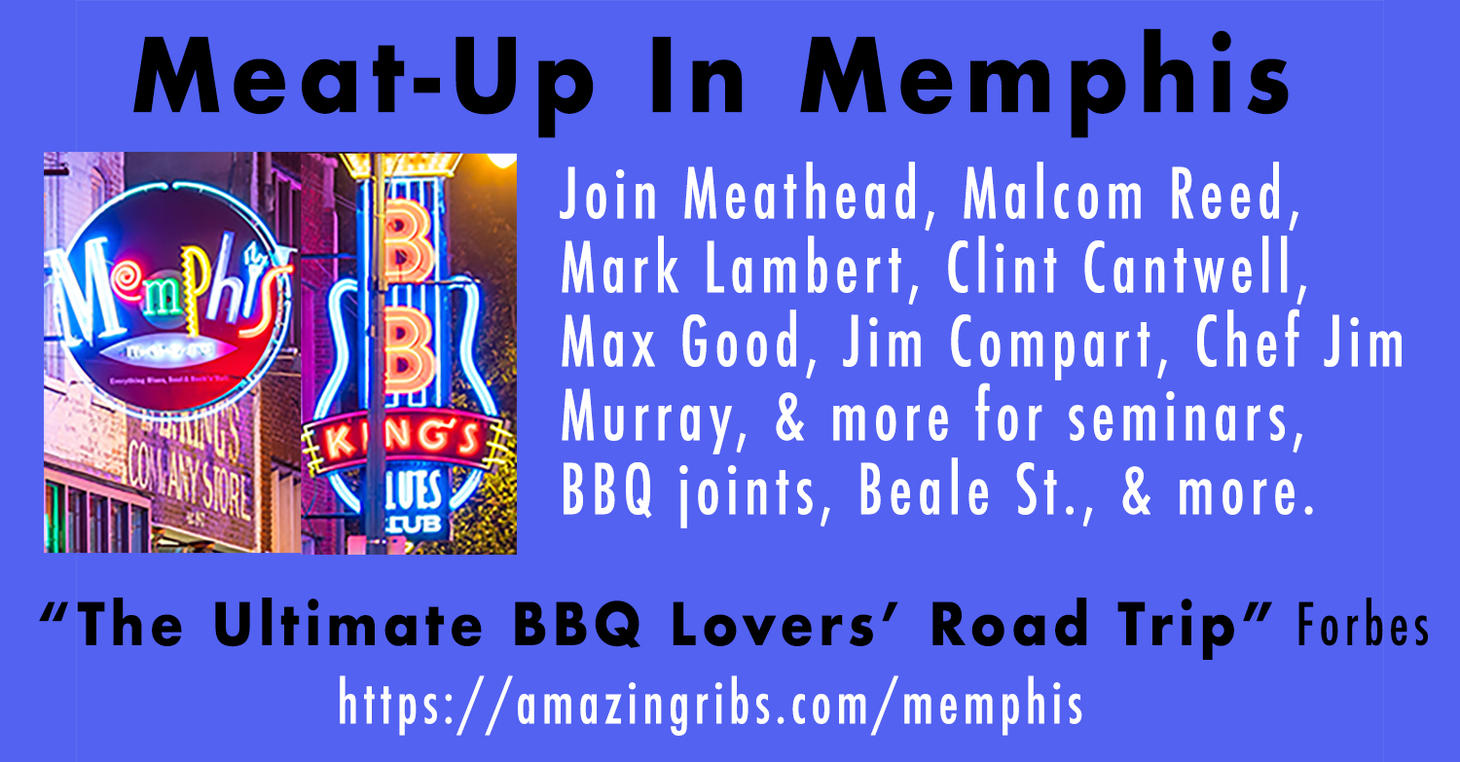 Tyson Foods and Pilgrim's Pride Corporation have settled price-fixing litigation over alleged collusion in the $65 billion chicken industry. Tyson will pay $221.5 million and Pilgrim's $75 million to so-called “end-user” consumers, commercial purchasers, and purchasers that bought chickens directly from the companies. While the payments will resolve all class claims against Tyson, the company still faces price-fixing claims by restaurant chains, supermarkets, and food distributors, including Chick-fil-A, Kroger, Walmart, and Sysco Corp. Meanwhile, US chicken wing supplies remain strained and prices will be high again this season according to a Food Market report due to increased demand throughout the Super Bowl and March Madness.

More Than 760,000 Pounds Of Hot Pockets Recalled Due To Potential Glass And Plastic Contamination

Walmart Pilots Grocery Delivery With HomeValet Coolers On Your Doorstep

For two months, tens of thousands of farmers have camped out in Delhi to protest the Indian government's recent agricultural reforms. The new laws are meant to modernize the country's patchwork agricultural system, but farmers say they favor large corporations and will put many Indian farmers out of business. Frustrated farm workers have used their tractors to dismantle barricades and converge on India's iconic Red Fort, the historic residence of the country's emperors. The protests also turned violent, as clashes with police, tear gas, and batons resulted in multiple injuries and at least one death. Security forces attempted to restore order by cutting off mobile internet services in parts of Delhi until the country's Supreme Court finally intervened, ordering the government to suspend the new agricultural laws until it reaches a resolution with farmers.

Get the full story: bbc.com

Animal Welfare Labels Come Under Fire For Deception And ‘Humanewashing’

The European Food Safety Agency (EFSA) has approved yellow mealworms for human consumption, paving the way for their use whole and ground into pasta, bread, and other baked goods. Insect foods are currently prohibited for sale in France, Germany, Italy and Spain, but with EFSA approval, the European Commission has seven months to authorize their use, then it goes to a vote by the EU member states. Many Europeans are squeamish about eating insects, but “with time and exposure, such attitudes can change,” said Giovanni Sogari, a social scientist at the University of Parma. Many say that protein-rich yellow mealworms taste similar to peanuts.

Get the full story: theguardian.com

USDA And FDA Clash Over Who Regulates Genetically Engineered Meat

San Francisco tech startup Air Protein has raised $32 million to create alternative meats for direct-to-consumer sales. The company feeds elements found in the air, such as carbon dioxide, to genetically modified microbes in a fermentation tank. The resulting protein is texturized and flavored to resemble various meats. Other than air, the technology requires very few resources, allowing "air protein" to be produced virtually anywhere in the world. Focus groups have yet to weigh in on the taste.

Get the full story: thespoon.tech

Coming Soon To A Seafood Menu Near You: Plant Based Shrimp

Every 5 years, the USDA updates its dietary advice, which also directs funding for federal food and nutrition programs such as military rations and the School Lunch Program. An Advisory Committee studies the latest science and makes recommendations, this year including advice that Americans consume less than 6% of calories from added sugars and drink no more than 1 alcoholic drink per day. The USDA sidestepped those suggestions in favor of earlier ones to limit added sugar to less than 10% of calories a day and daily alcohol to two drinks or less for men and one or less for women. Perhaps lawmakers saw the folly of telling people to cut back on cookies and alcohol during a global pandemic. But they also saw the wisdom of advising Americans on what babies should drink. The new guidelines are the first to recommend feeding only breast milk to infants for at least six months and feeding no added sugar to children younger than 2.

In two studies, University of Copenhagen food scientists and computer scientists used artificial intelligence to examine taste perception among 152 Danish and Chinese study participants. Taste perception is related to the number of tastebuds (papillae) on the tongue, and papillae are usually counted manually. To improve accuracy, researchers developed an algorithm and used image recognition to map and count the papillae. Results revealed that Chinese subjects had more tastebuds and were more sensitive to bitter tastes. The scientists did not attempt to explain why more Danes tend to enjoy smørrebrød and black licorice than Chinese people do.

Get the full story: ku.dk

The Weirdest Food Crimes Of 2020

The past year will go down in history as one of the globe's most tumultuous: more than 2 million people dead from COVID-19, a global recession as the Dow suffered its worst single-day drop ever, the planet's hottest year on record (tied with 2016), the most destructive wildfires in history in Australia and California, US President Donald Trump was impeached twice, the police killing of George Floyd and others sparked a worldwide Black Lives Matter movement, and giant murder hornets invaded the US. Amid the chaos, some bizarre food crimes managed to fly under the radar: more than 4 million bees were stolen along with their hives in California, 3 tons of chickpeas went missing in Washington DC, and in Copenhagen, thieves tunneled their way into the wine cellar of Michelin-starred restaurant Formel B to abscond with $200,000 worth of their best wines. Be careful out there: Distraction is the essence of deceit.

Get the full story: foodandwine.com